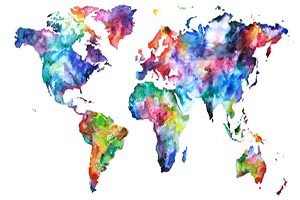 While all corporate events require vigorous planning and execution, they vary immensely: size, corporate culture and marketing objectives all play a part in what the final event looks and feels like. Differences in heritage, language and nationality also play a vital role in how the event is planned, as well as the types of guests and their preferences. Here we take a look at five corporate events from around the world to examine the ways they differ, as well as their similarities.

Since 1995, Deutsche Bank has been holding its annual Women in European Business (WEB) event to reflect on the role of women in business. 2014’s theme was “Impact: Be the Inspiration. For business. For society. For you. Each year the conference seeks “…to display role models for women who are in different phases of their career who can inspire us to do our own jobs and make an impact”, explains Pam Finelli, chair of WEB committee in the event’s recap video. Lasy year saw 1,800 people assemble for a three hour motivational conference at London’s modern and innovative Barbican Theatre. Speakers included actor and activist Joanna Lumley as well as other celebrated women from finance, media and academia.

Every year Wal-Mart’s President and CEO Doug Mcmillon hosts the retailer’s annual shareholder meeting at the University of Arkansas’ basketball arena, which is named after Wal-Mart co-founder, Bud Walton. With a seating capacity of over 19,000, last year’s event was a very lively affair, with thousands of the store’s branch managers and employees taking part in a three hour odd spectacle of performances, banter, speeches from directors and singing of the national anthem. Last year, Pharrell Williams took to the stage as well as American Idol’s Harry Commick Junior. Imagine trying to organise an event of that scale without corporate Event Planning Software!

The Russian power utility’s Fakel festival opened in Belgorod in October 2014 at the Kosmos Sports Palace. The festival is a multi-round pageant celebrating dance, performance and other creative arts such as painting and involves participants of all ages from Gazprom’s 37 subsidiary companies and organisations. The festival culminated in a lavish concert held in Sochi (home of the 2014 Winter Olympics) in May 2015. The event involved over two thousand guests and participants and pooled together creative talent from China, France, Germany, Slovenia, Armenia and Krgystan.

The fourth Ferrari cavalcade took place in June this year and saw over 100 Ferraris owners take to the roads of Rome and surrounds in their “Prancing Horses”. The five day event took the drivers on a beautiful route beside lakes and sea as well as to the Vallelunga racing circuit where they got to put their horsepower to the test. Included in the festivities were al fresco nighttime dinners in the city, fireworks and a Vatcican City Soiree. What a spectacular way for the brand to create a close bond with its clients and form a tight-knit community among Ferrari owners.

The Japanese car manufacturer holds annual internal corporate events aimed at encouraging employee creativity and motivation. With the motto “your inspirations light up the future”, their Design Challenge is automobile-focused and has seen some interesting innovations offered by staff. One example is a accident-preventing car that can turn into a suitcase. The five events demonstrate how varied corporate events can be. The one thing that all Event Planning Software can help you plan an incredible event.