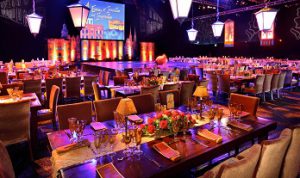 Johannesburg’s recent water crisis – which left millions without running water – brings to light the fact that disasters do happen – especially in developing countries like South Africa. Your success as a corporate event planner will be dictated by how equipped you are in handling last-minute hiccups. As we’ve said before having a contingency plan in place is crucial. Events are almost never plain-sailing, but if you’ve planned for any eventuality, you’ll be able to save the day from turning into a disaster.

That said, there are some (unfortunate) instances where combatting a disaster is out of your hands.

Natural disasters like flash floods, tornadoes (fortunately something South Africans don’t have to deal with) and earthquakes fall under a ‘Force Majeure. A French term literally translated as “greater force”, this clause is included in contracts to remove liability for natural and unavoidable catastrophes that interrupt the expected course of events and restrict participants from fulfilling obligations.

If you’re a professional corporate event planner, having a Service Level Agreement in place will insure you against these disasters – read our blog for more. For instance, in the event of a rolling blackout without any prior notification – an occurrence that’s fast becoming commonplace in SA – the client would be held liable for any costs incurred as a result.

Planning for every possible scenario – bar those out of your control – ensures that when disasters happen, you’re able to take immediate action.

Event planning is an incredibly intricate task, consisting of a myriad of considerations – each as important as the next. If you’ve drawn up a detailed plan for any and all eventualities, you’ll be equipped to rectify the problem. For example, if you’re tasked with planning an outdoor event, it’s crucial to do a weather forecast in the weeks and days leading up to it. If gale-force winds are expected, you’ll have to ensure that your Marquees as well as Bedouin tents can withstand the onslaught of the gale.  Or, if you’ve been informed that there will be major road works that will affect guests, you’ll be able to notify guests about an alternative route.

The RSVP Agency is all too familiar with the benefits of planning ahead.

We worked with a professional events company who were tasked with a large-scale, outdoor event in Kimberly which presented a set of challenges. Their event planning process saved the day from turning into a disastrous affair. At the time, the town was without water. Thankfully, they had met with the council beforehand, who alerted them to the fact so they then knew to bring in our own water trucks on the day. They’d also done a detailed weather forecast, and learnt that they’d be facing strong winds. The event was to be held in Bedouin tents, which are not always structurally safe in windy conditions. They were able to change them for tents that would be able to withstand the gale force, and with the help of a structural engineer, they saw to it that the safety of guests would be guaranteed.

The event was the launch of a new university, which was still being built, and the function was held on the building site itself. Because they were aware of the impending gale, we watered the ground to make sure that there wouldn’t be any dust blowing around. Furthermore, they had the local municipality’s disaster management team on-site throughout the event as further insurance against any potential disaster.

Equipping yourself with detailed data about the people attending an event further mitigates risk. Software that’s easily accessible anywhere – thanks to the fact that it’s hosted in a cloud – enables you to see how many people are in a building at a specific time, as well as their names and surnames. In the event of an emergency, this information would be invaluable to rescue personnel.

Event planning software enables you to communicate with your guests in the event of an emergency.

If you’ve just been informed that there’s been a major accident on the arterial road to your venue, you’ll be able to SMS your guests with directions for an alternative route. Or, if your keynote speaker is running late due to a delayed flight, you’ll be able to notify guests that the programme has changed accordingly. 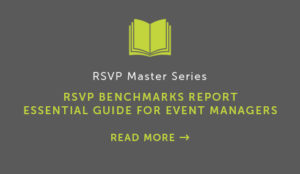