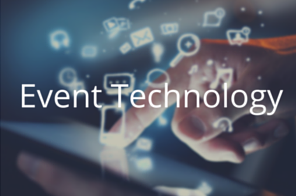 Event technology has changed a lot over the last three decades. Considering that the world’s first personal computer (PC) was only released by IBM in 1981, and the World Wide Web was invented a mere nine years later, digital technology has made some relatively rapid advancements in the last 35 years. In this blog, we take a look the associated advancements in event technology and how these have improved the way we run events in the 21st century.

While South Africa was celebrating its first year as a democratically-led country (under the iconic figure of President Nelson Rolihlahla Mandela), Microsoft was releasing Windows 95, while JavaScript – a popular software coding language – made its first introduction on the web development scene. In the same year, the first online meeting registration tool was developed and, in a separate development, a two-dimensional barcode, containing event guest’s full contact details, was printed for the first time on guest’s badges – making it the forerunner of the popular QR code.

By the year 2001, a virtual event had been run in an online environment for the first time, and the beginnings of what we now know as mobile applications had made their earliest appearance on the digital technology market. Online event technology advanced to include capabilities that allowed event planners to find and book suitable venues, meeting spaces and hotel rooms for their guests. (This may not sound like much now, but it was a massively cost and time-saving breakthrough for event planners at the time).

Welcome to 2016, where event technology continues to improve in both function and capacity

In 2016 we can celebrate that wireless connectivity (better known as wifi) has been around for a good 13 years, which means that we have been able to develop capacity for smartphones and ipads to serve as online (and on-site) event registration and entry management tools. Event database software systems can now also be updated and operated in real-time. We can pull off events that are interactive and fully-immersive thanks to ongoing advances in event technology. We are a far cry from the pen-and-paper approach that was undoubtedly the order of the day for event organisers before the 1980s.

Download our Event Technology 101 guide to find out more on everything you have ever wanted to know about event tech. 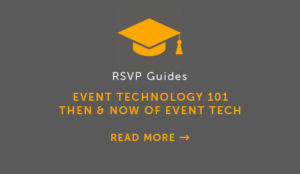